Continuing my celebration of National Ice Cream Month with another frozen treat that does not require an ice cream maker! 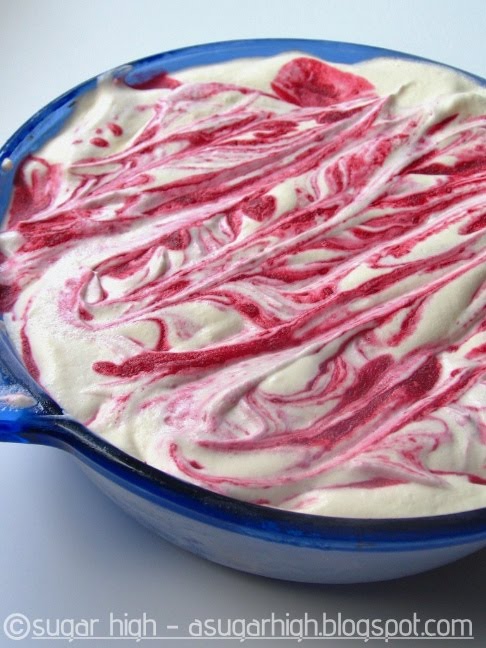 Semifreddo, Italian for 'half cold', refers to any semi-frozen dessert. I've never tried a semifreddo... Okay, I've never even heard of it. That is until a very pretty Raspberry Semifreddo popped up over on Chocolate Shavings. The beautiful red swirls in this dessert are what first caught my eye, and when I found out it was actually an ice cream, Chocolate Shavings had my full attention! 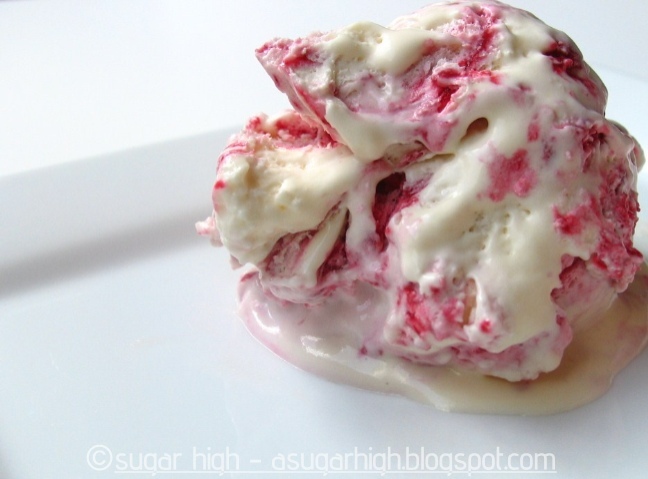 Semifreddo is a yet another great alternative to ice cream for those who don't own an ice cream maker; all you really need is a hand mixer (and a freezer, of course!). This yummy dessert involves folding whipped cream into a thick egg mixture, giving it a creamy mousse-like texture.

I'm guilty of licking the remains left in the bowl, and on my rubber spatula. What can I say? It's very good, and perfectly sweetened! This stuff would be great on its own, but the raspberries are a great addition. We don't have fresh raspberries around, so I used frozen which worked perfectly fine. If you don't like raspberries you could absolutely substitute them with blueberries, strawberries, blackberries... I think cherries would be awesome! :) 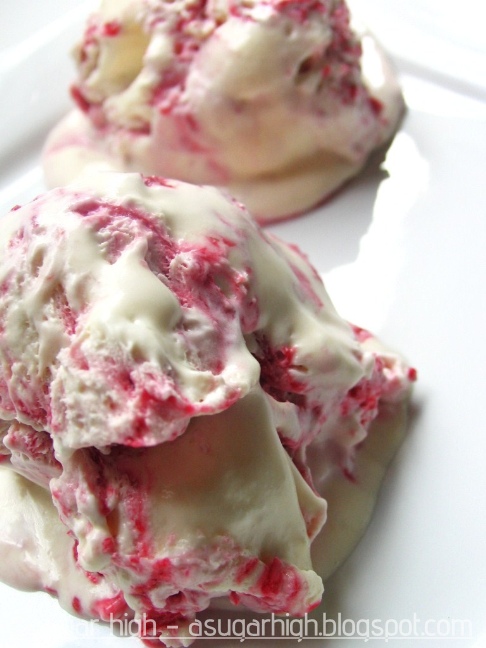 Raspberry Puree:
1½ cups raspberries, or other fruit of your choice
0-2 Tbsp. powdered sugar

Directions-
To make the raspberry puree, place the raspberries in a food processor, or blender, and process until smooth. Taste and adjust sweetness with icing sugar. Strain to remove raspberry seed. Discard seeds and set the puree aside.

In a separate bowl, whisk the cream until stiff peaks form. Gently fold cream through the egg mixture until well combined. Pour into a 2-litre container. Lick the remains of your bowl ;). Drop spoonfuls of raspberry puree into cream mixture and, using a spatula, gently fold it through the cream mixture for a swirled effect. Freeze for 6 hours or overnight. Top with extra raspberries if desired.