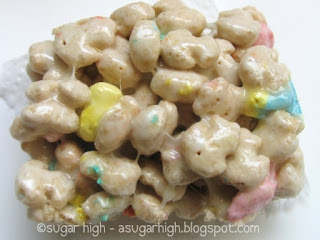 I love Rice Krispie Treats, but I tend to get bored of the same old thing. Instead, I made marshmallow treats using one of my favorite cereals - Lucky Charms!! 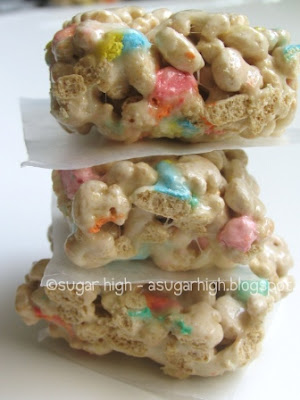 I think this worked out really well. The marshmallow slightly softens the cereal, giving it a nice chewy texture. And, because the cereal is already sugary, these are sweeter than a traditional rice krispie treat.

I'd recommend rolling these into balls instead of cutting into squares, just because it would be easier. Enjoy! :) 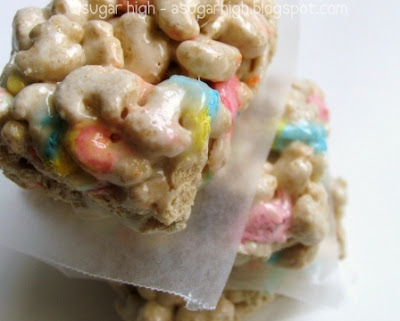 Slowly melt the butter in a medium saucepan set over medium-low heat. Do not allow it to brown. Stir in the marshmallows; allow them to melt slowly. Stir in milk. Immediately pour over cereal and stir until cereal is completely coated.

You can press the mixture into a square baking dish (lightly greased), allowing to sit for an hour or so before cutting. You can roll the mixture into balls... or just eat it as is!
Baked by Jess @ 4:26 PM