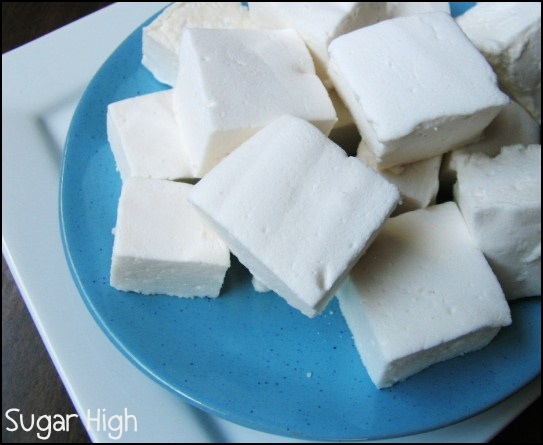 I love a good mallow.

But, no marshmallow is as good as a roasted marshmallow. There’s just something I love about getting into a gooey, sticky mess of melted mallow. And, I love that crispy, golden crust.

Going camping this past weekend meant that I was going to get to roast some marshmallows.
I had recently come across a marshmallow recipe on Smitten Kitchen, and I was very intrigued.

I have never made (or seen anyone else make) marshmallows before. 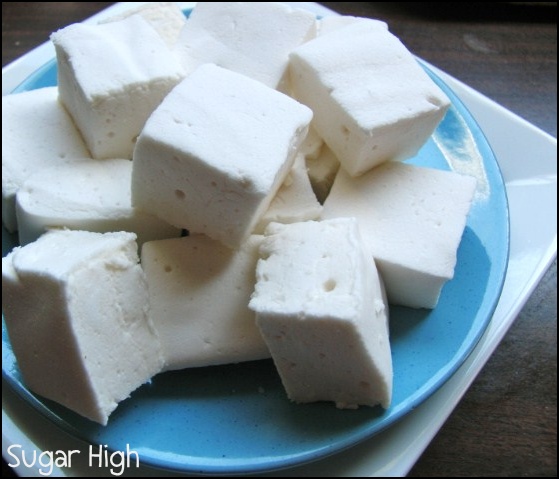 Okay… I had no clue you even could make marshmallows. Boy, have I been missing out! Homemade mallows are FAR better than store-bought! They are so light and airy, gently bouncing off one another.

They taste amazing. These have a nice vanilla flavor that is definitely an improvement from manufactured mallows. You can also change the flavor, if you'd like, by simply using different extracts. I made plain old vanilla, but also changed it up by making coconut, and banana marshmallows. The coconut is fantastic!!

Don’t get me started on how they roast. It is SO GOOD! These roast up faster than other marshmallows, and they get super-duper gooey. If roasting these, have some wipes on hand and be prepared for a huge, sticky mess. I mean it!
Or… you can do what I do and just lick up the stickiness :)

I can’t forget that they were also very easy to make. I’ve read of many horror stories of kitchen nightmares having to do with homemade marshmallows. I’m proud to say I have no horror story to tell. The recipe is easy to understand, takes very few ingredients, and is done in no time.
Even with my teeny-tiny $10 hand-held mixer that sounds like its about to explode at any speed above 4 was able to get the mixing portion done in no time! I’m proud of the little guy :D

The chilling is really the longest part, unless you just can’t wait 3 hours, then you can eat it as is! I think you could even follow the recipe through the mixing then just stir in some rice cereal for crispy treats!

In a 3-quart heavy saucepan cook granulated sugar, corn syrup, remaining 1/2 cup of cold water, and salt over low heat, stirring with a wooden spoon, until sugar is dissolved. Increase heat to moderate and boil mixture, without stirring, until a candy or digital thermometer registers 240°F, about 12 minutes. Remove pan from heat and pour sugar mixture over gelatin mixture, stirring until gelatin is dissolved.

In separate bowl with cleaned beaters beat egg whites until they just hold stiff peaks. Beat whites and vanilla (or your choice of flavoring) into sugar mixture until just combined. Pour mixture into baking pan, don’t worry if it all won’t come out. Sift 1/4 cup powdered sugar evenly over top. Chill marshmallow, uncovered, until firm, at least three hours, and up to one day.

Run a thin knife around edges of pan and invert pan onto a large cutting board. Lifting up one corner of inverted pan, with fingers loosen marshmallow and ease onto cutting board. With a large knife, or oiled pizza cutter, cut marshmallow into roughly one-inch cubes – You may trim the edges if you’d like, but I didn’t. I can’t just go around wasting perfectly good marshmallow! Sift remaining powdered sugar back into your now-empty baking pan, and roll the marshmallows through it, on all sides. Shake off the excess by tossing in a sifter. Store in air-tight container for up to 1 week.

*Using my tiny mixer, it actually took right around 6 minutes, if not less, for mine to whip up on high speed.
Baked by Jess @ 7:35 PM